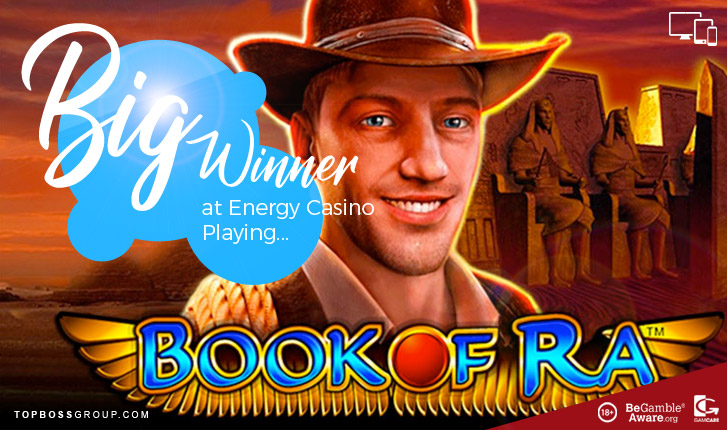 Imagine being told you have won an astonishing sum of money on the 1st April. The first thought would probably be that it has to be an April Fools joke!!

He was playing the Classic version of Book of Ra Slot which is a popular slot game developed by Novomatic ( The Gaminator series ) and is found in many Las Vegas Casinos and Land Based and Online Casinos all over the world. ( The classic version consists of 9 paylines and 5 reels whilst the Book of Ra Deluxe Version consists of 10 paylines and 5 reels )

He was playing a bet of 180 PLN (€42.00)when he got 3 scattered book symbols which are also wild symbols and can land anywhere on the screen – they don’t need to be on a specific payline. The Bonus Feature then activated giving the Player 10 Free Spins. The respins were also retriggered another 2 times resulting in a total of 30 Free Spins.

During the Bonus Feature there is an Expanding scatter which means that whenever the selected symbol appears on a reel, the whole reel becomes that symbol and they can also appear anywhere on the screen like normal scatters.
In this case the player obtained a full screen of Pharoah Symbols resulting in the big payout that you see on the screenshots below.

We have not been able to interview the Player as he prefers to remain anonymous, but we can just imagine how he must have felt when he saw a full screen of symbols appear on his screen!

The lucky Winner is a regular player at Energy Casino which feature regular winners on their website, so you can be sure he is not the only one to win big!

Energy Casino has an excellent reputation and offers Games from Novomatic, Microgaming and Netentertainment. Their website is available in English, German, Norwegian, Swedish, Hungarian, Polish, Russian, Romanian and Suomi .
A good selection of banking facilities is available too and their software requires no download and has an easy signup process.

They also offer their services to a number of countries, but as these change due to Government Restrictions and regulatory requirements in the various countries – we would suggest that you refer to their website to ensure your country is available.

In October 2014 they were granted a license in the UK which is good news for British Players as the UK market is strictly regulated and it is not an easy feat to obtain an online casino there!

New Players at Energy Casino will receive a 100% match bonus up to 200.00 Euros or equivalent currency.

Why not go to Energy Casino Now and see if you can become the next big winner on Book of Ra Slot or any of their other casino games.

Free Online Slots – How to Play