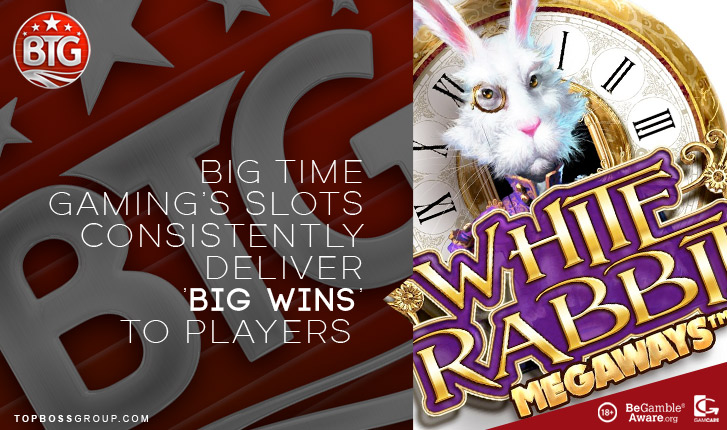 Big Time Gaming was founded in 2011 BY Nik Robinson and Huw Mcintosh in Sydney, Australia and develops slots and casino games for Government lotteries and some of the largest online casino operators in the world.

They offer only a small number of high quality and attractive games but have been successful for several years by featuring mainly slots and table games. Their games support 20 different languages including Russian, Chinese and Japanese.

Some well-established gambling operators have also included BTG games in their portfolio, such as Mr Green, and Energy Casino.

BTG also has links to OpenBet and CORE gaming.

Big Time Gaming is the thought leader in slot development with its revolutionary OMNI product range. Their growing portfolio of innovative slots is breaking records in turnover and topping the European iGaming charts.

BTG has produced over 30 casino games which include Slots, Tap Cards, Reactors and various Table Games.

How did Big Time Gaming Begin?

Big Time Gaming was launched in 2011 by developing subsidiary Games for some of the more prominent providers, specifically for Microgaming’s Quickfire Platform. Not long after, they began to make a name for themselves and have recently been sweeping the competition off their feet!

Three industry veterans founded big Time Gaming with a combined 30 years of gaming industry experience:
CEO, Nik Robinson -at the forefront of the industry since 1996 when he founded New Tech Media which after selling eventually became known as Openbet.

CTO, Huw McIntosh has worked in the gaming industry for over ten years at both New Tech Media and Openbet.

Some of their popular games are the Megaways Slots like Survivor Megaways, Bonanza, Danger High Voltage and Who wants to be a Millionaire. The games have fun animations and colourful 3D graphics with a variety of bonus features.

The games feature a selection of progressive jackpots. TapCards ( digital age scratch cards ) The patented multi-tiered TapCards give a compelling quick-win ‘Progressive Jackpot’ with each new card purchase. The TapCards will be available across BTG’s major lottery partners in North America and top- tier European operators.

Does BTG have a Mobile Platform?

In December 2013, BTG partnered with the leading mobile casino platform provider, Core Gaming. Since 2014, BTG’s titles have been re-developed in HTML5 technology for mobile devices.

The HTML5 games fit perfectly on Smartphone and Tablet screens offering smooth gaming. The games don’t require downloading of mobile applications and are available on any of the latest iOS or Android devices.