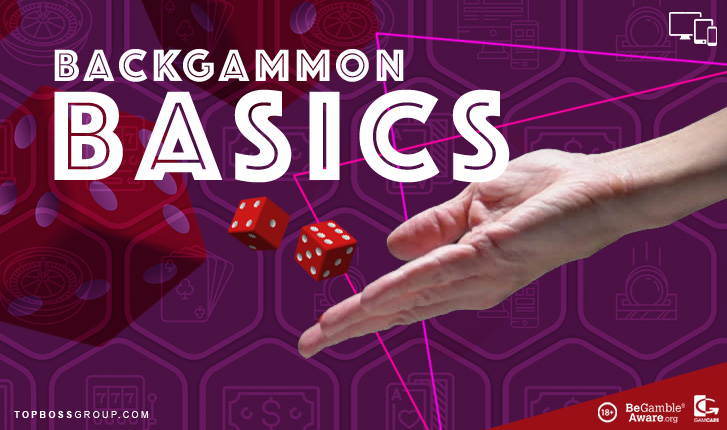 Backgammon, the game of kings, is one of the many exciting options available to play at online casinos. Don’t know how to play? No problem. Check out the Backgammon Basics below:

Backgammon is a game for two players. The game plays on a board with 24 triangles in alternate colours called ‘points’. They are numbered 1 to 24.

On the right-hand side of the Backgammon board are two trays, one for each player. Checkers are stored here when they remove from the board. Yours go into the lower one; your opponent’s into the higher.

The object of the game of Backgammon

The goal of the game is to move all 15 of your checkers into your home board. The first player to remove all their checkers wins the game.

The dice determine how many points a checker can move. At the start of the game, both players roll one die each. The player who rolls the highest number moves first and must play the scores shown on the dice. If both players roll the same number, the dice roll again until they show different numbers.

Where checkers can land

If the point has any number of your own checkers or it is empty, you are allowed to move your checker there. You may have up to 15 checkers at any point. You cannot move a checker to a point which has two or more of your opponent’s checkers on it.

Here are a few example moves to help you understand moving around the board:

You can start removing your checkers from the Backgammon board once they are all in your home board. This is known as ‘bearing off’. Your dice roll dictates which checkers you can bear off.– For example, a roll of 4 and 2 will allow you to bear off one checker from the 4 point and one from the 2 point.

How to Win Real Money at an Online Casino