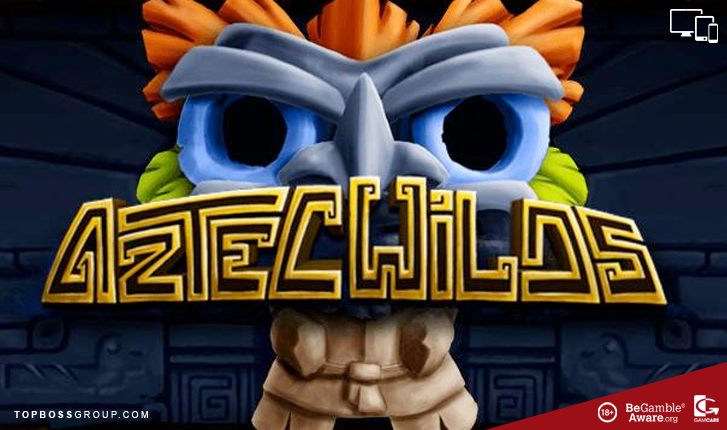 Aztecs Wilds has been rated by our slots review team and scores an excellent 88% based from the category ratings overall.

Aztec Wilds Slot is a new release by Iron Dog Studios. In this slot game, players get to explore the Ancient Temples of the South American Jungle.

This slot comes with a Tumbling Reels feature as well as a unique Free Spins trigger. It plays out on five reels, four rows and 1024 ways to win. It also has an unusually high potential for a game of medium volatility.

Players can venture into the mythical Temples on your mobile or desktop as you stand on the steps waiting to enter an unexplored world filled with colourful masks, golden artefacts all held on rugged rocks that will shatter when you hit a winning combination.

Pack your bags and explore this Mesoamerican Culture where ancient riches await you as the reels tumble and special Wilds bring you generous bounties of up to 6000x your bet.

The symbols all land as heavy blocks of stone and each one comes with different Aztec motives, ones that relay back to the Ancient times of the Aztecs enhancing the theme of this Iron Dog Slot game.

The regular low royal symbols are in play here and to receive any sort of benefit from these symbols you will need to land between 3-5 matching symbols on a pay line.

The Golden Aztec Mask is the games Wild symbol and appears on reels 2-5 only and substitutes for all pay symbols. This slot game has no Scatter Symbol as the main feature is triggered when you hit successive winning Tumbles.

This is the highlight of Aztec Wilds slot game because when you land four or more of the Tumbling Reel wins in succession, the Free Spins Feature triggers. Furthermore, the free spins come with a Multiplier.

Here is what you can expect:

The Wilds in Aztecs Wilds go Wild, and it’s essential to understand how they work and where they land.

There is also an Expanding Wild that can land anywhere except for reel one and it fills the whole reel. Should you have all four reels covered with Expanding Wilds, you could be the lucky recipient of an all ways pay. In this slot game, Aztec Wilds players can land multiple combinations of Wilds on the same spin.

It looks as if Iron Dog have a Winner in Aztec Wilds Slot.

The gameplay is intense as it comes with Wilds and Progressive Multipliers in the Free Spins Feature. Furthermore, the tumbling Reels has the potential to win up to 6000x your bet. 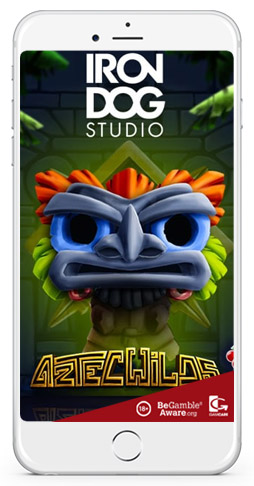