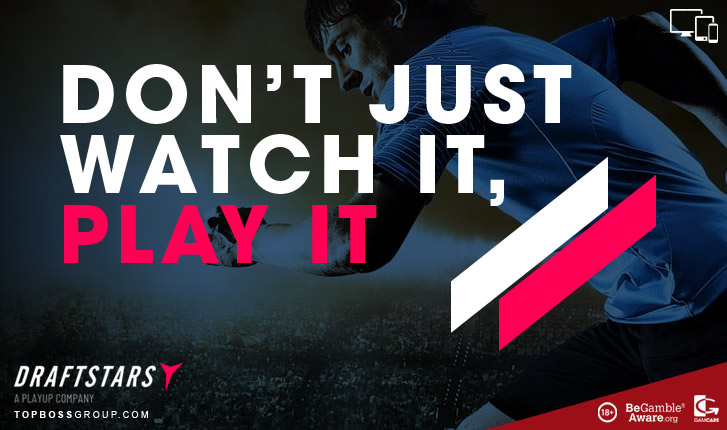 Our review team has rated Draft Stars Sportsbook on the categories below and Draft Stars scores an awesome 79% ratings overall.

Draftstars offer DFS contests in a variety of sporting events which include AFL, NBA, NFL, NRL, Cricket, Golf and Soccer. Their AFL daily fantasy is the sports flagship and runs competitions of AU$50000 AFL DFS contests and is the largest DFS pool in Australia.

Plenty of what you have come to expect from Draftstars has remained the same since the change of ownership. They still offer the popular contests, salary caps and scoring and playing formats. They operate with one difference; the players do not remain the same for the whole season, the last one game, one day or a single round on each sport keeping the thrill and excitement of fantasy Sport alive.

Draftstars is the leader in Daily Fantasy Sports which include games like:

What is Daily Fantasy Sports (DFS)?

Daily Fantasy Sport is a fantasy game where members pay an entry fee and compete in a contest against one another by drafting a squad for an upcoming event or fixture. While they do this, they remain under a salary cap. Points are earned based on the real-life performances of the selected players. The DFS games last for a short time like the Saturday NFL matches or fixtures as opposed to season-long competitions.

Winners receive their share of the pot from a pre-determined pool which is funded by the entry fees, and a portion of it goes to the DFS provider. There is complete transparency the Entry Fee, the number of participants and the number of payouts are displayed for each contestant to see.

Rapidfire is unique to Draftstars and offers players an opportunity to pick who will score more Draftstar points for individual player matchups. With Rapidfire 3 you need to choose at least 3-5 winning player matchups and receive a return of 1.8x your entry fee.

If you are feeling fortunate, have ago at Rapidfire 5 and pick all five winning player matchups and walk away with a return of 20x your entry fee.

Put your skills to the test against another Draftstar player. Select a contest that has already been set up or create your own competition based on a specific match. Set the buy-in, and the number of contests you’d like to make. The more you enter the better your chances of winning. Build your team and then proceed to watch the game live. The winner walks away more prosperous and happier.

Draftstars is releasing TipKings a tipping competition with a twist. No season-long commitments and a round on every sport and walk away crowned the Tip King

Horse Racing Contests at Draftstars started in 2020. Unlike their sports contest, there is no salary cap when selecting your horses. Simply select one horse in each race. The final scores are based on the official S-TAB dividends and converted to points.

At Draftstars players can deposit using the following options:

Draftstars withdrawal option is Bank Transfers. The minimum deposit amount is AU$5 and deposits must be turned over at least once before requesting a withdrawal

Draftstars can be accessed in site via your mobile browser. They have Apps for Android and IOS devices that can be downloaded directly from Draftstars in mobile site. Players simply need to click in the link provided to download the free Draftstars Apps.

Their website uses a responsive design that tailors the layout to the screen of your preferred mobile device, be it Android, IPhone or Windows.

Draftstars is the leader for Daily Fantasy Sports in Australia. They offer a good range of contests to suit a variety of budgets. There is also plenty of member activity so that they can provide regular competitions with five-figure prize pools. The website interface is superb, and for those players who know how to use it will have access to a plethora of form data and CSV files. Draftstars is a unique concept and for players looking for something different Draftstars Daily Fantasy Games are a must.

PlayUp Sportsbook All in One Betting

PlayUp Sportsbook All in One Betting