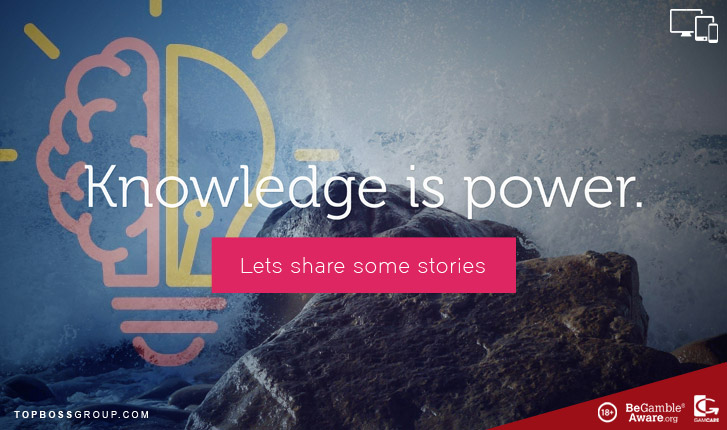 If you’re a regular player you’ll have heard plenty of casino stories before, the MIT teams legendary escapades, the impressive Blackjack wins of Don Johnson and the golden arm of Stanley Fujitake are all tales you’ll hear from fellow gamblers. Whilst we don’t know what you have and haven’t been exposed to, we’ve collected a few of the lesser known ones so you might get to hear something new!

Much like the recent fight between KSI and Joe Weller of YouTube fame, there was once an occasion when two professional poker players decided that, rather than play poker, they were going to throw hands inside the octagon with a massive prop bet they provided themselves as the stakes.

The two poker players, JC Alvarado and Olivier Busquet, wowed fans by providing an impressively competent match. Of course, it helped that Alvarado had trained in MMA before this and Busquet had trained Brazilian Jiu-Jitsu so neither was going in untrained.

After three rounds, Busquet won by a TKO and both fighters were respectful of the other’s performance and both showed not just fighting ability but great sportsmanship. Whilst neither is likely to trade in the WSOP for the UFC, their performance has to be admired.

Roulette is a good example of a game that prides itself on the minimal house edge (at least, the European version) with winning or losing truly left in the hands of fate. Assuming, of course, that the wheel isn’t biased. As incredible as it might seem, throughout history there have been numerous occasions where a roulette wheel wasn’t truly random – most often purely by accident.

Understandably, biased wheels are not something most casinos would advertise as it’s not a good look, but in 1873 a gambler by the name of Joseph Jagger managed to turn a manufacturing defect into more than £3 million (adjusted for inflation). What he did was to have six clerks play at all the tables in Monte Carlo and record the results.

He noticed that one wheel favoured a cluster of numbers on one side and soon turned that to his advantage. Despite the casino’s efforts to stymy him after his initial wins, Jagger took them for a colossal amount of money before finally leaving, once they had caught wind of how he was doing it. Whilst this isn’t the only example of this particular stunt, Jagger’s is probably the most impressive!

3. The smallest casino in the world is in a cab

Technically, the smallest casino in the world isn’t even 10 foot by 10 foot. In 2016, to celebrate the summer of sport, Grosvenor Casino converted the back of a London taxi cab into a casino which was both mobile and playable.

With former England cricketer Phil Tufnell as a spokesperson, the cab toured England on a promotional drive while offering a few table games, a bar and (somehow) a television screen to show live sports. Whilst there are some truly tiny casinos out there, it’s unlikely this record is going to be broken.

4. Keith Taft advanced computing while trying to cheat at Blackjack

While card counting mastermind Edward Thorp is quite well known for his endeavours in Blackjack, Keith Taft is less of a household name despite some truly impressive achievements in the field of computing. You see, Keith Taft wasn’t the greatest Blackjack player ever – he wasn’t all that good at card counting (though he learned the theory well from Thorp’s book).

His genius lay in computing and when he struggled to turn a profit from card counting, he built a complicated wearable computer so he could use that to count for him. Obviously, right? Working through several iterations, Taft’s devices proved a superb way to make a profit from casinos while not being illegal (technically). Until the point where Taft developed a belt mounted camera to see a dealer’s hole card which actually was illegal.

In 1985 a law was passed to make the use of technology to gain an edge in casinos outlawed so all of Taft’s devices couldn’t be used legally. Taft has kept on working in electronics and his gambling days may be behind him, but the sheer amount of invention that went into his various devices has to be applauded.

5. The “Cutter Gang” who are possibly still at large

While Taft has to be applauded for his brilliant mind, this gang of still unknown members should be appreciated for their sheer audacity. Making headlines in 2011, the gang’s gimmick was simple (as are most casino cons), they had cameras hidden up their sleeves and when they cut the deck in Baccarat, they would riff the cards slightly so that the camera could see which card was where.

They would then excuse themselves, give the numbers to their accomplices in the bathroom while flushing the cameras and then land massive wins. Obviously, the casinos caught on after a while that someone liked to cut the deck and immediately hit the bathroom in every hand of Baccarat, but the impressive thing is that the gang kept on trying the trick in a new country every time they were almost caught.

While it’s rumoured they were arrested in the Philippines, it’s also rumoured that they escaped and have been missing ever since!

100 Chances To Be A Millionaire At Captain Cooks