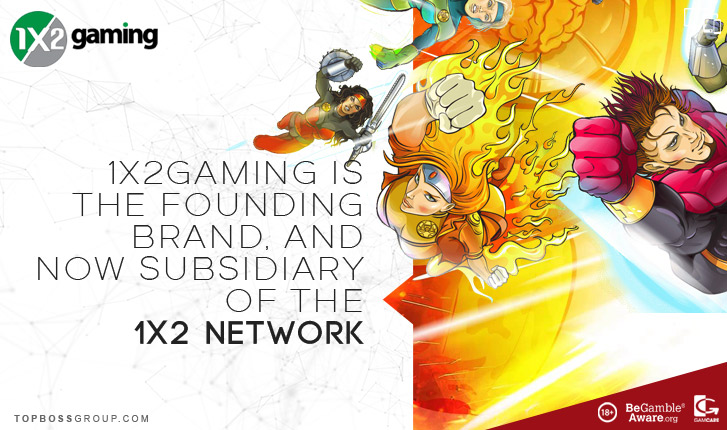 Our review team has rated 1x2 Gaming Casino Games on the categories below and 1x2 Gaming scores a great 71% ratings overall.

1X2Gaming is an international supplier of online casino games which was established in 2002. Their head office is based in the UK tech-hub of Brighton & Hove, also known as Silicon Beach!

1X2Gaming is appropriately located because of the many tech start-ups and high levels of investment taking place there. 1X2Gaming is the founding brand, which is now a subsidiary of the 1X2 Network, an independent and reputable company developing classic Casino games, Virtual Sports and Fixed Odds.

They are constantly adding new games to their portfolio including successful brands that are well established in the iGaming industry. Development is an on-going process by creating innovative casino games accessible to multiple gaming operators. The team of professional developers and graphics artists are responsible for producing the in-house Flash and HTM5 based games.

All games use the Random Number Generator to deliver fair and unpredictable outcomes.

How Many Games does 1X2Gaming Have?

1X2Gaming features over 100 games, the focus is on high quality and diversity, not quantity.

How did 1X2Gaming Begin?

1X2Gaming was founded in 2002 by Victor Chandler. Initially they specialised in bookmaking services and developed a unique Virtual Football Gaming platform that allowed betting and displayed live game results.  They then went on to develop sports games, online slots and casino games.

In 2015, a contract was signed with Microgaming to integrate the software developed by 1X2Gaming into the Quickfire platform. Over the next two years similar contracts were signed with Betting Software Tain, Planetwin365 and others.

What type of Slots and Games does 1X2Gaming offer?

The video slots feature high quality graphics and mesmerizing animation. Players could mistake the sport broadcasts for a live sporting event! The casino games also mimic the atmosphere of a real live casino where players will feel like they’re actually seated at a real gaming table.

Does 1X2Gaming have a Mobile Platform?

1X2 Network games are developed in the HTML5 and Flash format. The Mobile Casino application can be played on mobile phone or tablet. Features include formatted resolutions which offer high performance animation and integrated sounds. The games are specifically designed for touch screens.

1X2Gaming game versions are designed to run on mobile devices such as Android, iOS, Windows and Blackberry.